← more from
Cleopatra Records
Get fresh music recommendations delivered to your inbox every Friday.
We've updated our Terms of Use. You can review the changes here. 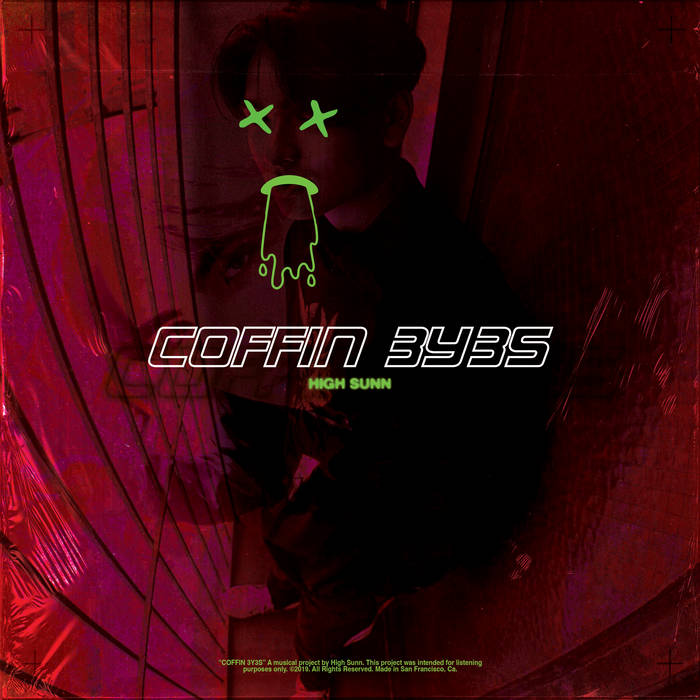 High Sunn is the project of San Francisco's Justin Cheromiah, who started using the name to upload his garage rock-influenced home recordings as a 14-year-old in 2014. His sound developed across dozens of releases over the next few years to the more coherent lo-fi guitar pop that marked High Sunn's first studio and full-band LP in 2018.

Cheromiah's entirely self-made debut album, High Sunn, appeared on Bandcamp in mid-2014. He followed it with a steady stream of singles, EPs, and LPs exploring shoegaze, punk, and melodic guitar pop, including September 2015's Luv Songs for Whiners. It featured drums and percussion by Tristin Sovannarath, who became a regular contributor to Cheromiah's recordings. A month later, The Okada Bedroom Sessions offered a feedback and distortion-filled collection of "songs that were either rough drafts or thrown in the trash."

Subsequent releases included the split EP Emotional sHits with childhood friends Junkie in April 2016, and that July, his live drummer Joe Jensen appeared on Flower Funeral. The latter received a cassette release on Crafted Sounds (U.S.) and Galaxy Train Records (Japan). Z Tapes issued the 20-track collection Sequential Sakura that October. Another collection of otherwise discarded ideas and demos arrived in the form of sorryidroppedyoufrommyanimelist. With production help from prior collaborator John Mello, even the rougher demos demonstrated a tendency toward more structured, melody-focused songs.

HIGH SUNN(Justin Cheromiah) was a one man band from the Bay Area.

Bandcamp Daily  your guide to the world of Bandcamp

Alex Rita and Errol from Touching Bass feature in our special London edition of the Bandcamp Weekly.